The Stray Dog Art Studio released its first poetic performance “The Basement of a Stray Dog” in February 2013. This day became the theater’s birthday, the play gave it a name, and poetry formed the basis of drama.

During the 7 years since the foundation of the studio, 13 performances have been released:

is an ironic detective based on the play by Marcel Achard – 2020.

"The higher the Music of Love"

"The House of the Deprived of Love"

"The place where the light is"

"The basement of a stray dog"

In 2017, a children's group was also created at the studio, in the history of which there have already been 4 performances: 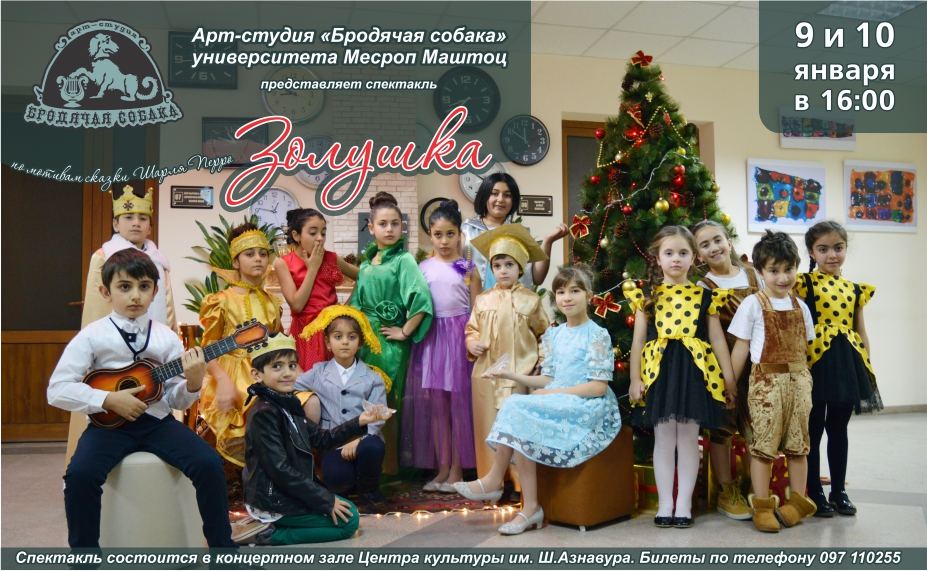 and during the years of the studio’s existence, about a hundred people played in its performances.
In 2016 “Stray Dog” took part in the international festival in St. Petersburg for the first time.
In 2017 the first tour to Yerevan took place, with two performances.
In 2019 “Stray Dog” became a diploma winner of the world theater festival “Theatrical Revolution” in Tyumen, Russia.

НОВОСТИ ПО ТЕМЕ
The current query has no posts. Please make sure you have published items matching your query.
Share this: