“THE STUDY OF VIDEO AND PHOTOGRAPHIC MATERIALS CONFIRMS THAT employees of the relevant special services of Azerbaijan tried to get into artsakh under the guise of “environmentalists”, thereby violating not only the statement of november 9, 2020, but also all international principles and norms,” Hovik Avanesov believes. – the road was blocked for about 3 hours, but it is not the figure that is important, but the phenomenon itself, in connection with which 120 thousand residents of Artsakh appeared isolated from the outside world, faced with problems of various kinds – from political to humanitarian, as cars with food and medicines were stopped from entering the republic, and people leaving Artsakh, undergoing treatment in Armenia, etc.”

According to Avanesov, under the guise of statements that the use of mines in Artsakh harms the ecology of Azerbaijan, the envoys of Ilham Aliyev tried to solve several strategic tasks. One of them is another promotion of the idea that Artsakh is the territory of Azerbaijan, which has the right to control the work of various spheres and structures of Armenia. Another task is to create a precedent for exerting pressure on other spheres of Artsakh’s life.

“The mines located on the territory of Artsakh belong to our Republic, and Azerbaijan has no historical, legal, or moral right to claim them. If we consider the issue from the point of view of ecology, the work at the mines is carried out in accordance with international standards and criteria, and permission for their operation was given by an international group of experts, – said Hovik Avanesov. – Azerbaijan’s attempts to obtain permission to monitor the mines contain a number of serious threats, for example, an increase in the risk of infiltration into Artsakh by terrorists who, after the 44-day war, were not removed from the occupied territories of our country, and their number has increased. In addition, there is no guarantee that having gained access to the mines today, the Azerbaijani special services will not block the road next time for other reasons, they will seek to control cultural and historical monuments, for example, the Hakobavank monastery, where restoration is currently underway and which, like Gandzasar, Amaras and other historical and cultural objects of Artsakh, “neighbors” they consider it Albanian. We must be ready for provocations and prevent the implementation of Aliyev’s plans.” 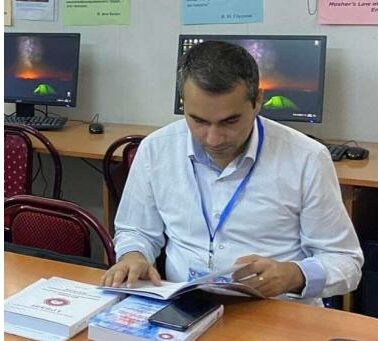 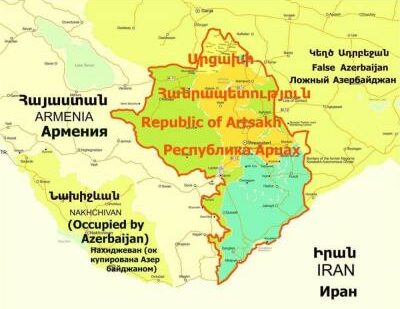 Hovik Avanesov also noted that the situation with the blocking of the road raised questions in terms of its coverage in the media. Azerbaijani journalists who arrived at the scene immediately received permission to work in the incident zone, and the Artsakh press was not allowed to enter the scene of the events. The Azerbaijani media did not fail to disseminate information about the establishment by the Russian side of an Azerbaijani checkpoint equipped with appropriate devices in the Lachin corridor, allegedly with the aim of preventing the import of “prohibited cargo” into Artsakh.

“I will not repeat the truth that this idea is not only absurd, but also is not within the competence of the Russian peacekeeping contingent, has no confirmation, at least, in the trilateral agreement of November 9, 2020,” Hovik Avanesov continued. – Let’s pay attention to the other side of the question: who will control the operation of such a checkpoint? Representatives of Azerbaijan who can stop any car with Armenian license plates, throw anything into it and open a criminal case against the owner, put him in a Baku prison, as well as capture Armenians who actively oppose Aliyev’s policy? Such steps are aimed at further tightening the ring around Artsakh, which is already in certain information isolation due to frequent communication interruptions at different levels.” 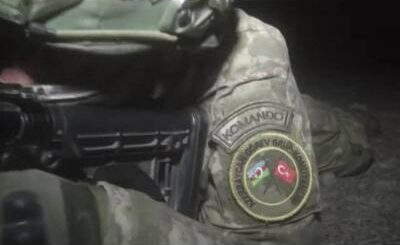 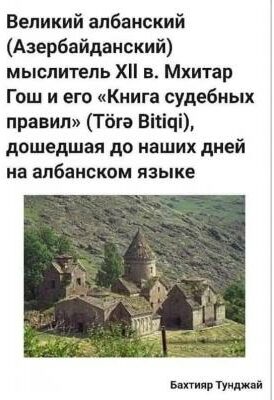 THE HEAD OF THE MMU CENTER OF CAUCASIAN STUDIES STRESSED THAT, VIOLATING international norms, the Aliyev government stubbornly promotes its anti-Armenian policy, aiming to paralyze Artsakh by any means and on all fronts. Among the latter is information, where Azerbaijani “historians” are particularly successful, who, having “finished” with the Albanization of Artsakh, took up Armenia. This is evidenced by the book they published about the historical and architectural monuments of “Western Azerbaijan”, the cover of which is decorated with photographs of such Armenian buildings of religious significance as the Garni temple, Noravank monasteries, Goshavank, which these descendants of Transcaucasian Tatars are again trying to albanize, present to the world as “West Azerbaijani”. The maniacal nature of Aliyev’s scribblers reached the point that they appropriated the “Sudebnik” of Mkhitar Gosh and this prominent Armenian thinker and theologian of the XII century himself.

Hovik Avanesov is confident that Azerbaijan’s provocations should be considered in the context of the situation in the region, primarily related to the Azerbaijani-Turkish military exercises currently taking place not only in the regions of Azerbaijan, but also in the occupied territories of Artsakh bordering Iran. Modern types of weapons are used in the exercises, and special personnel trained in the Armenian language, the dialects of Artsakh, Syunik are involved in them. These people can be disguised as Armenian prisoners of war and arrange another provocation. Some of the military units of Azerbaijan are stationed today in the Katarovank monastery on the top of Disapayt, despite the fact that the use of cultural objects for military purposes is prohibited by a number of international conventions.

“Azerbaijan has intensified its territorial claims against Armenia and Iran. Recently, the deputy of the Milli Majlis Gudrat Hasanguliyev made a proposal to rename the country to Northern Azerbaijan, meaning part of the territory of Iran under Southern Azerbaijan. It is clear where, according to the Azerbaijani “sculptors” of history, “West Azerbaijan” is located,” Avanesov noted. – It is at least naive to call for peace with “neighbors” against this background, as the Armenian government constantly says. Unfortunately, the current Government of the Republic of Armenia does not have a national agenda and is leading the country, as well as Artsakh, step by step to the abyss. Our task is to unite the efforts of all Armenians, especially now, when the threat of another war in the region has noticeably increased.”

Magdalena Zatikyan – The Voice of Armenia