The churches of St. Amenaprkich Kazanchetsots and St. Hovhannes Mkrtich (Kanach Zham), 13 state and private museums, galleries and the 20,839 exhibits remaining in them are an incomplete list of objects of historical and cultural heritage of Artsakh that remained after the 44–day war in Shushi occupied by Azerbaijan. The fate of some of them is known: by order of official Baku, the Kanach Zham church was blown up immediately after the war, and the Azerbaijani authorities are “reorganizing” the Kazanchetsots temple into a mosque today. 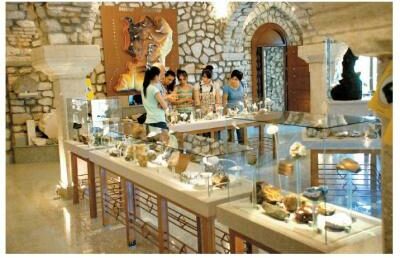 Opening the press conference, Hovik Avanesov noted that the day of its holding was not chosen by chance. On October 8, 2020, during the third Artsakh War, the Azerbaijani armed forces deliberately shelled and then bombed the Kazanchetsots church in Shushi twice. The date became an occasion to talk about the lost heritage of the cultural capital of Artsakh.”When we talk about the appropriation and destruction of cultural heritage, immovable heritage usually pops up in the public consciousness – churches and monasteries, fortresses, ancient bridges, etc. But we forget about other objects of cultural significance – museum exhibits, archival documents, etc., lost with the occupation of a part of Artsakh and remaining in the shadows,” Sergey Shakhverdyan noted in his speech. – There is another important circumstance – the loss of memory objects. The people of Artsakh, forcibly displaced from their native places, left at home everything connected with memories – photographs, household items, etc., connecting them with their native land, preserving only the memory of them. Having been forced to move to a new place, residents of Shushi, Hadrut, Kashatagh, Karvachar and  other now occupied regions of Artsakh at present have nothing to connect them with their homeland, except memory. What are the consequences of losing this part of the heritage? “this is a huge area that needs to be explored.”

ADDRESSING THE CULTURAL HERITAGE OF SHUSHI, SERGEY SHAKHVERDYAN raised the topic of lost museum collections. The Public Council for Cultural Heritage, founded by him, has been collecting information on them for two years, the purpose of which is to recreate the lists of these collections in order to find out their fate and present the demands of the rightful owners on international platforms. S. Shakhverdyan read out a list of museums and galleries in Shushi, whose collections were seized, in fact stolen, by the occupiers. These are such state centers of culture as the Museum of the History of the city of Shushi, the Museum of Fine Arts of Shushi, the Museum of Geology named after Grigory Gabrieliants, Shushi Gallery, International Sculpture Park. Among the private collections are the exhibition hall of the Art Center, the collection of the Museum of Artsakh Carpets, part of which the owner Vardan Astsatryan managed to take to Yerevan, the Numismatics Museum, the branch of the Narekatsi Art Center, the galleries–workshops of Samvel Tavadyan, Artak Poghosyan, David Avagimyan, the House-Museum of Vardan Dushman.”The work on restoring the lists of museum collections of Shushi, their contents and information on them turned out to be difficult, since the accounting logs of all centers of culture remained in the hands of the enemy. Together with the specialists of the MESCS of the Republic of Artsakh, we have to restore everything from scratch, based on the information we have preserved, written and video recordings, photographs and other sources. At the end of the week, we intend to present a report on the work done on the cultural heritage of Shushi. Then we will start similar activities in the Hadrut district of Artsakh and its museum heritage,” S. Shakhverdyan stressed.

Melania Balayan pointed out Azerbaijan’s aggressive policy, noting that this is not news for us, Armenians, so we need to pay attention to our own mistakes and omissions that led to the 2020 war, the occupation of most of the Republic of Artsakh and its centuries-old cultural heritage. In her opinion, the events held by the MMU Center for Caucasian Studies help to analyze their own mistakes.

“Armenian historian and researcher of cultural monuments Samvel Karapetyan said: “Those peoples who do not have neighbors destroying civilization are happy, but they do not realize it.” We are forced to live next to such “neighbors” and are obliged to know how to build our way correctly in order to achieve the results that our people and the state need. Without understanding this, we will continue to lose our Homeland and our historical and cultural heritage accumulated over thousands of years,” M. Balayan said. – The destruction of the Armenian trace by the Turks and Azerbaijanis is of a long-standing and programmed nature. This is what they did in Western Armenia, in Nakhichevan, and they do it today in Artsakh. The vandalism of Azerbaijanis against the Armenian heritage contradicts all international norms and laws, which are guided by international organizations such as the UN, UNESCO and others. Moreover, these documents are signed not only by civilized countries of the world, but also by Baku. But so far we are faced with the practical inaction of these organizations in protecting the Armenian historical and cultural heritage of Artsakh.” 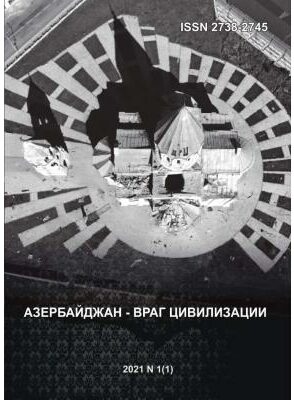 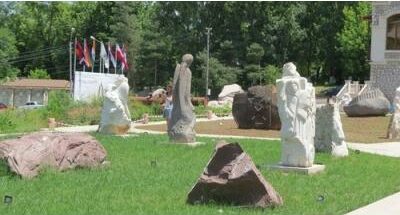 SPEAKING ABOUT THE CULTURAL GENOCIDE AND ETHNOCIDE carried out by Azerbaijan against Artsakh, Hovik Avanesov stressed that today, after the 44-day war, this policy of Azerbaijan has also affected Armenia. During the September armed aggression of Azerbaijan against Armenia, according to the speaker, an attempt was made to destroy the church of Jermuk. This is indicated by traces of artillery shells found in the vicinity of the church.

“We are witnessing cultural genocide and ethnocide by Azerbaijan at every step. These are nothing but war crimes that have no statute of limitations. But neither Azerbaijan nor Turkey have ever been brought to legal responsibility on international platforms for what they have done,” he stressed.Avanesov. “But the destruction of historical and cultural heritage, monuments of the Great Patriotic War, the Armenian Genocide is a blow not only to our self–consciousness, but also to the world civilization, of which the ancient culture of the Armenian people is a part.”

Hovik Avanesov also recalled the exhibits of the Shushi Sculpture Park, founded following the results of an international symposium, which disappeared from their territory more than a year ago. This became known from satellite photos published in August last year by the Caucasus Heritage Watch Research Center. The sculptures were created by craftsmen from different countries – copyright holders protected by international laws and conventions. But, knowing the handwriting of Azerbaijan, we can say with confidence: today these works are presented on international platforms as works of “Azerbaijani modern art”.

During the conference, Hovik Avanesov called on media representatives to actively cover events aimed at protecting the historical and cultural heritage of the Armenian people. He also presented books and scientific works on the cultural heritage of Shusha, published in recent years, including after the 44-day war.

Magdalena Zatikyan. The Voice of Armenia